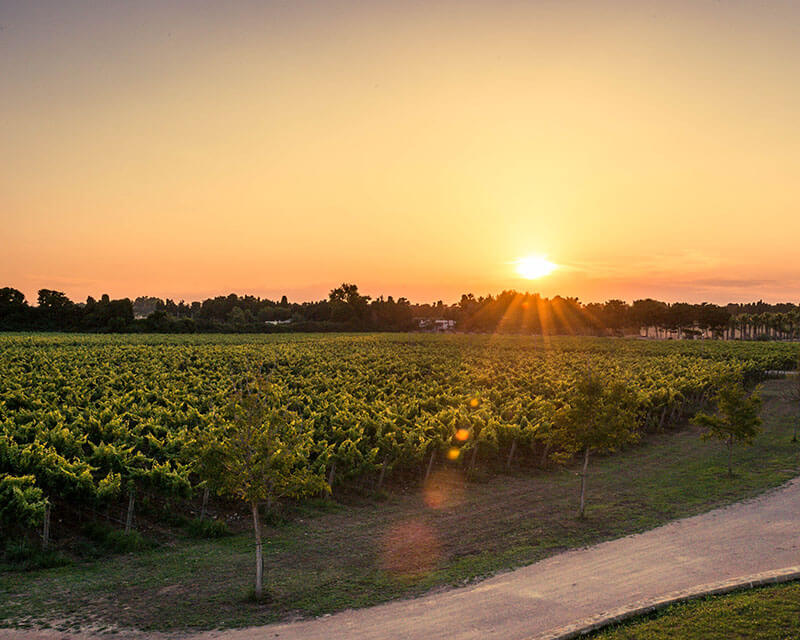 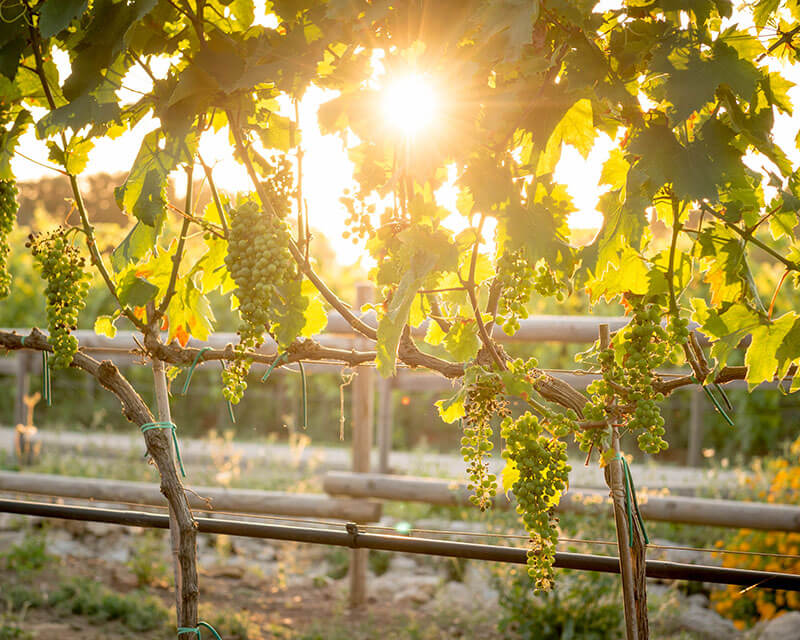 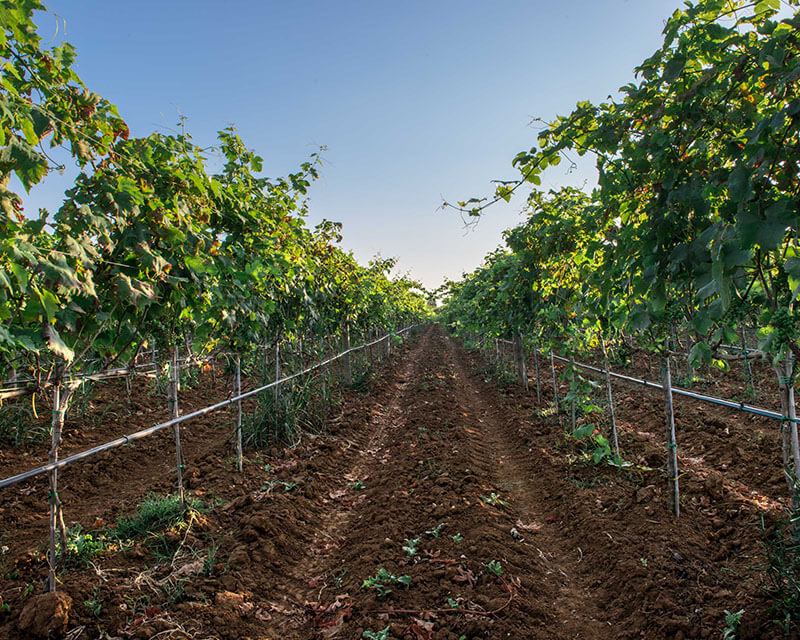 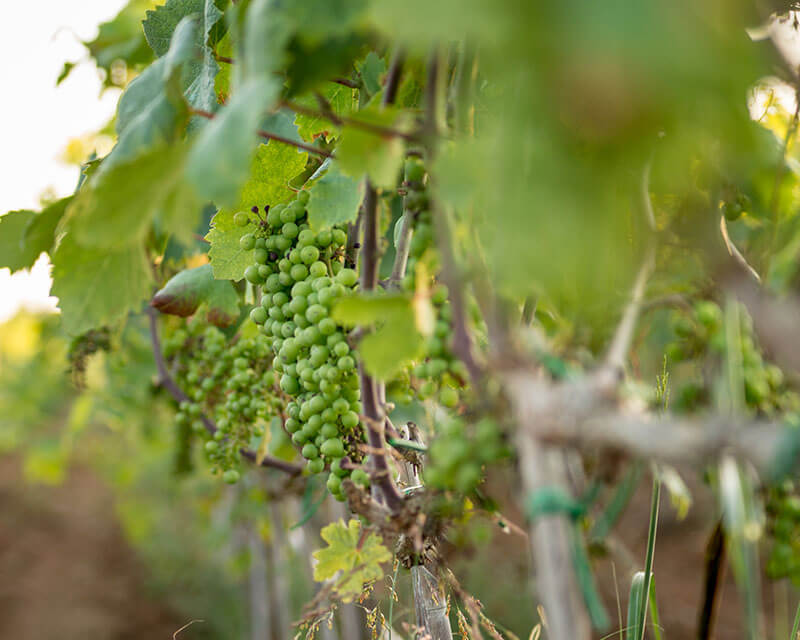 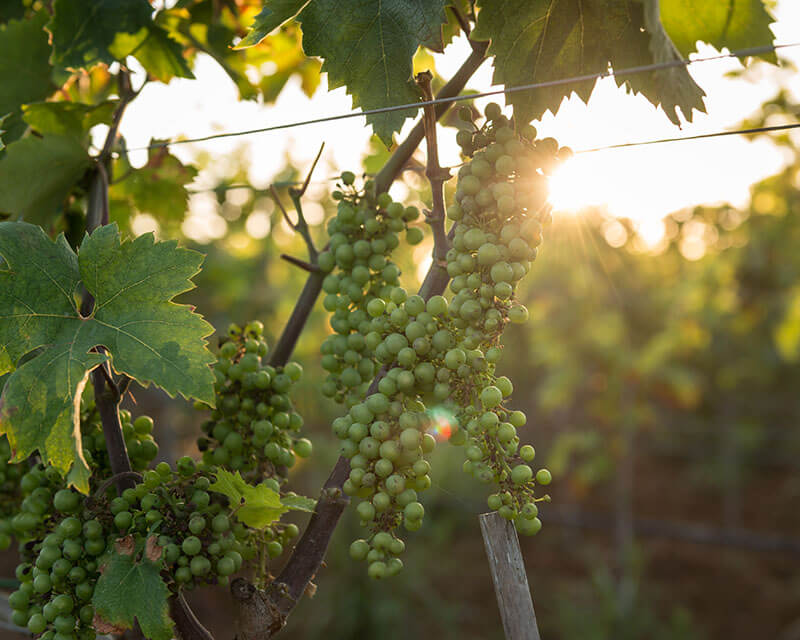 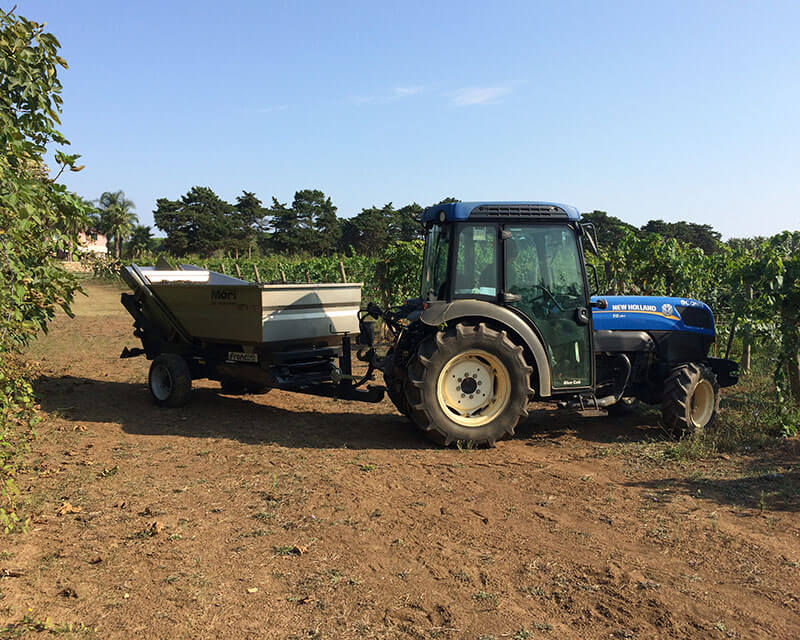 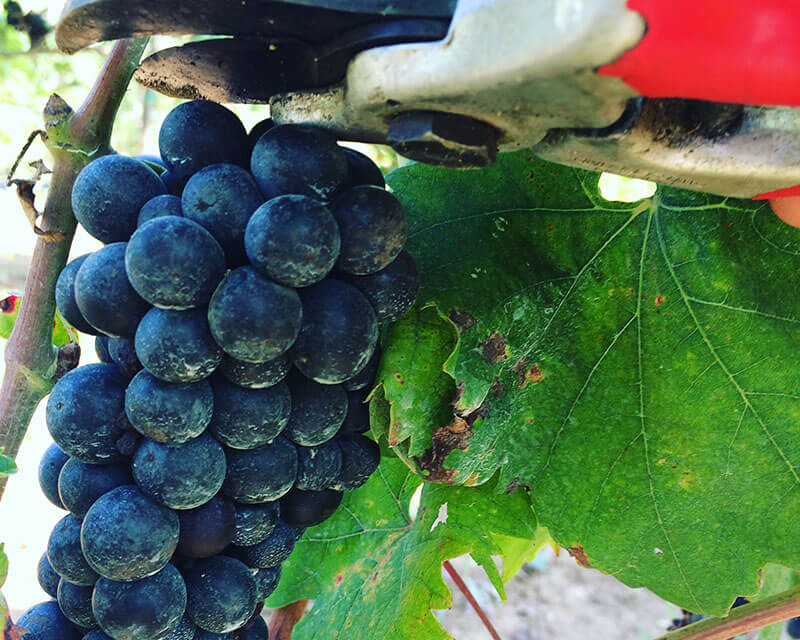 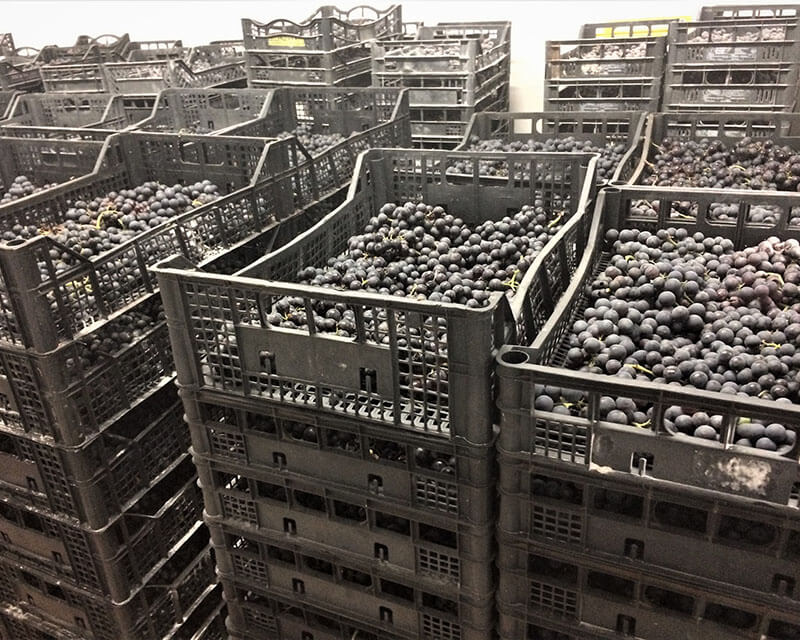 The winery project of Tenuta Corallo is born from a union of passions. The love for the sea and the passion for the world of wine in 2010 move Enzo and Gabriella Marti entrepreneurs for over 25 years in the tourism sector of Salento, to detect an estate of nearly 13 hectares near the “Baia dei Turchi” (Bay of Turks), along the Adriatic coast which unites the Alimini Lakes to Otranto. After a few years, they decided to implant a vineyard, cultivated in organic farming, separated from the sea by a thin line of Mediterranean scrub, useful especially in winter to act as a natural barrier against the cold mistral wind blowing from the Otranto Channel.

Primitivo, Negroamaro, Malvasia Nera, Aleatico and Fiano are the typical vines of the Salento area that have been planted.

The brand new cellar is on 2 levels, ground floor and basement floor. The first houses a small showroom and a laboratory, as well as a room of about 180 square meters where are located steel refrigerated tanks that serve to refine the wines. On the outside terrace there is a 100 quintal rotary tank used for the fermentation of the reds. In the basement there is a barrel of about 100 square meters for the refinement of wine in the wood. This environment is also kept at adequate temperature and humidity. By appointment we host groups of visitors for the tasting of our wines. 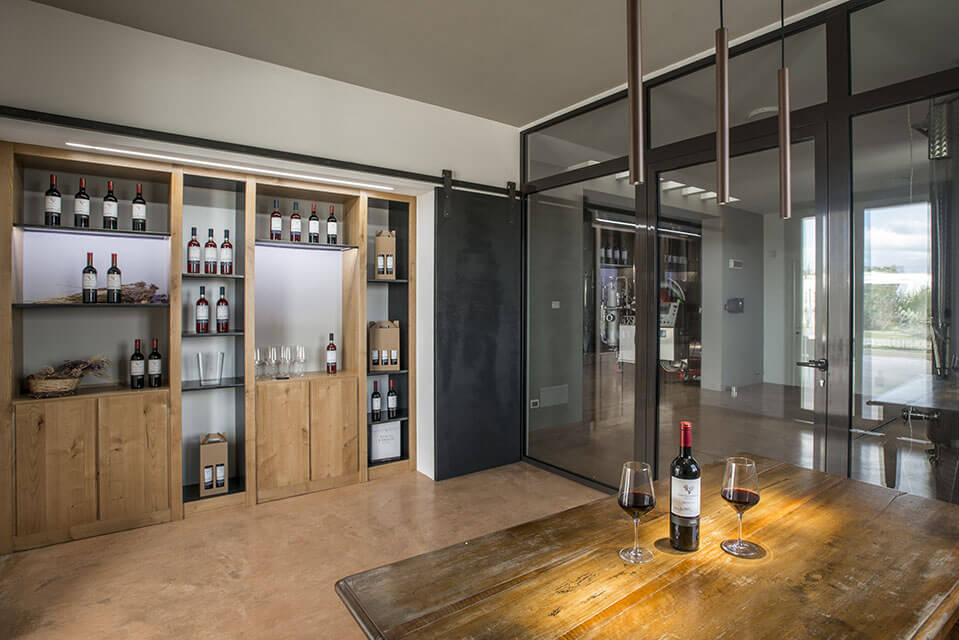 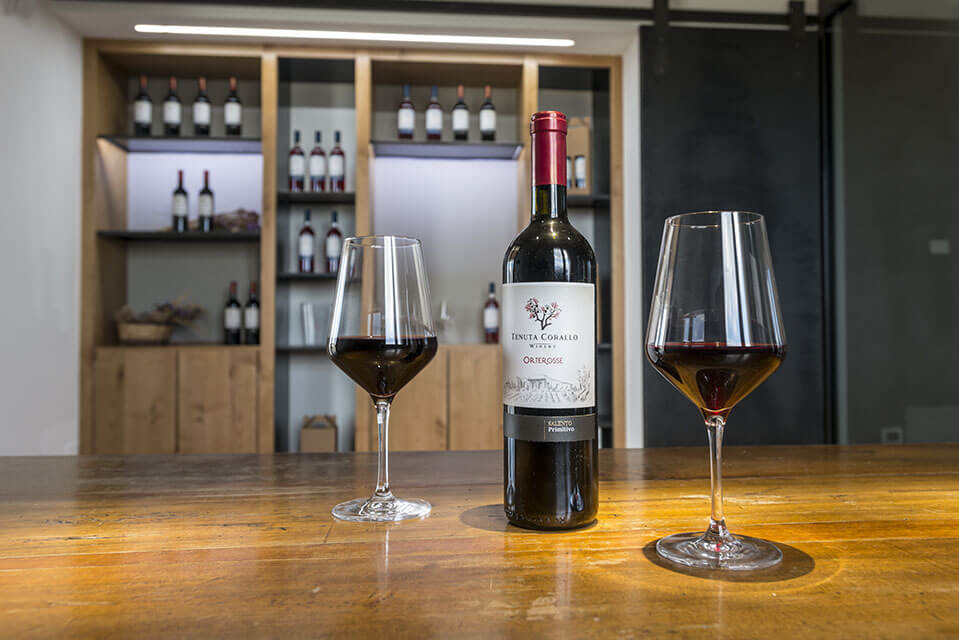 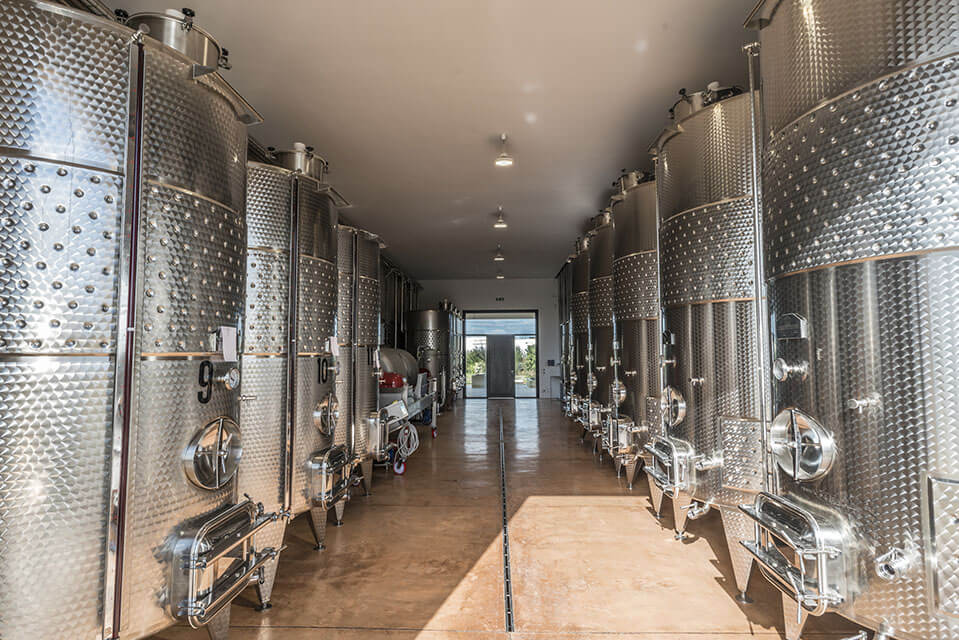 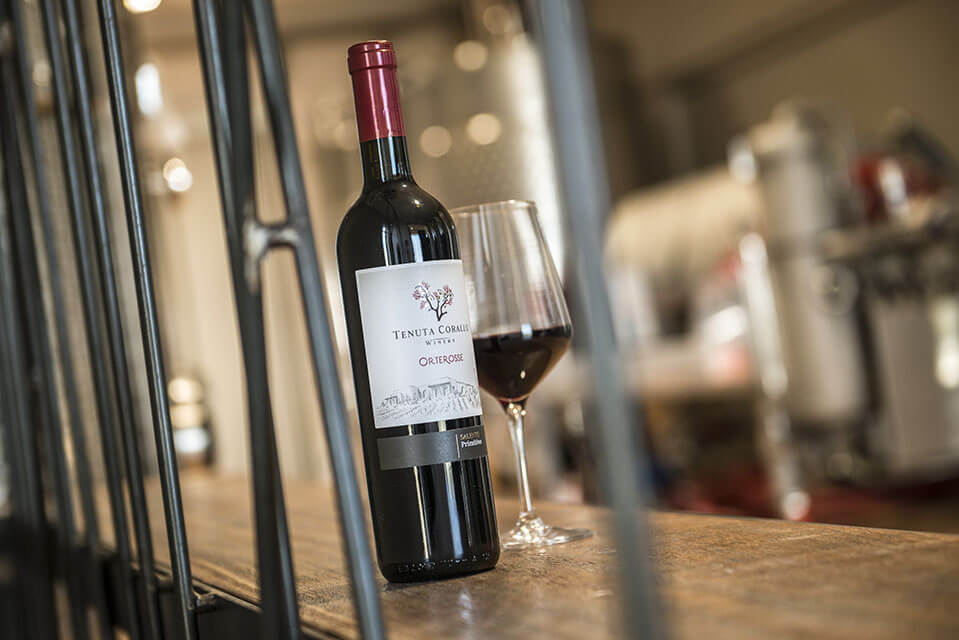 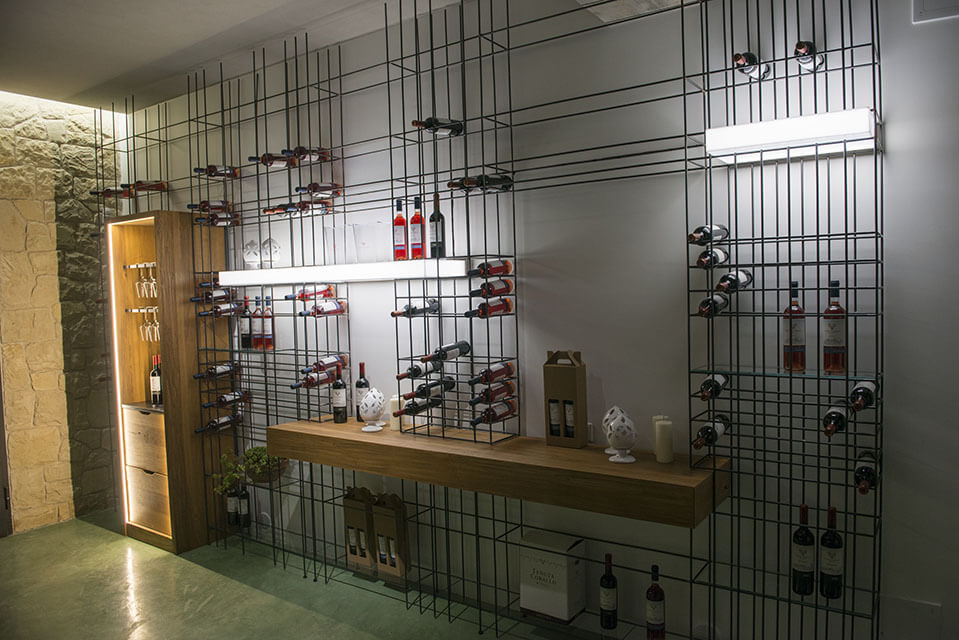 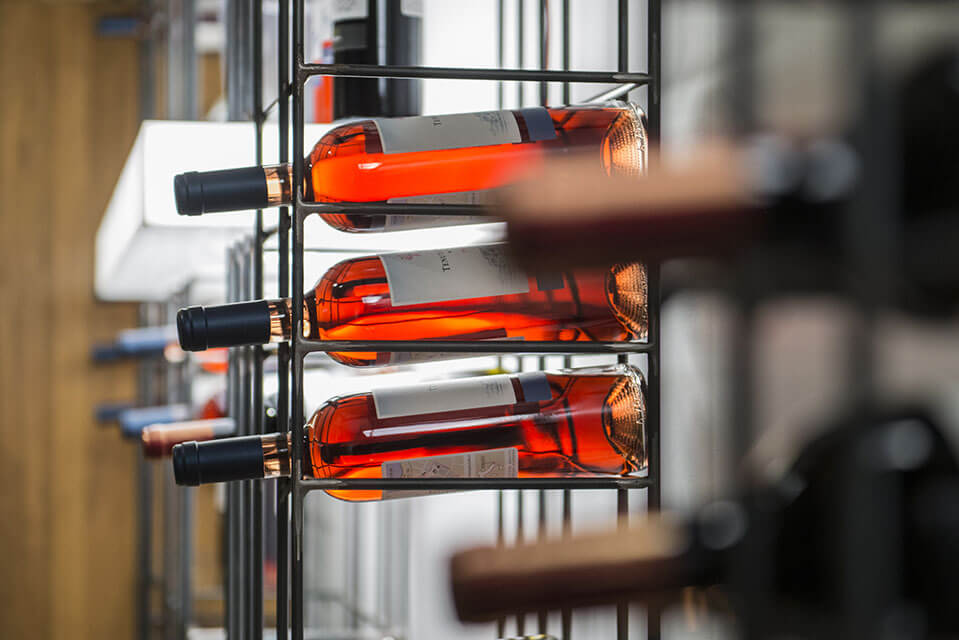 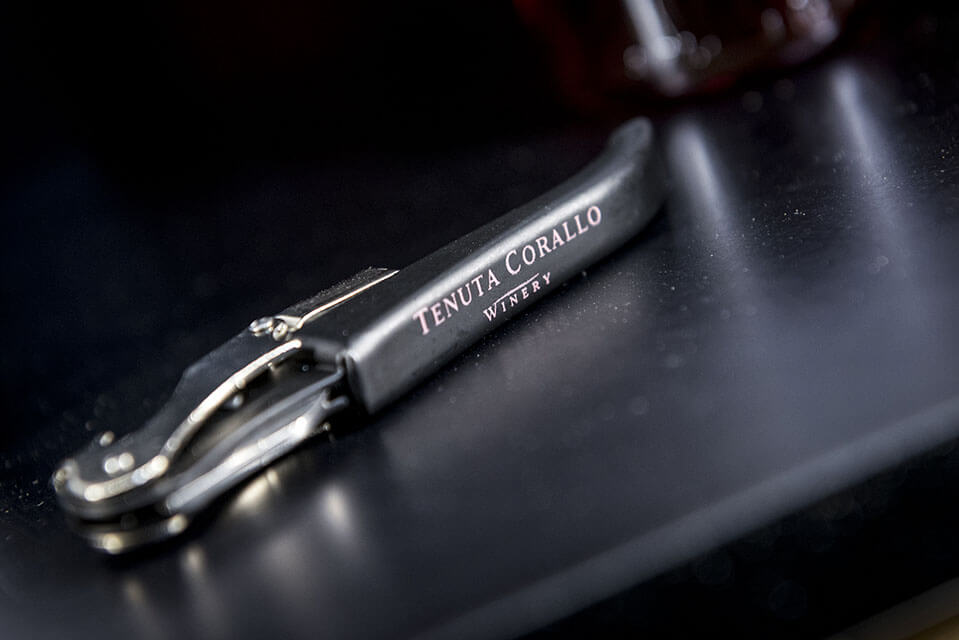 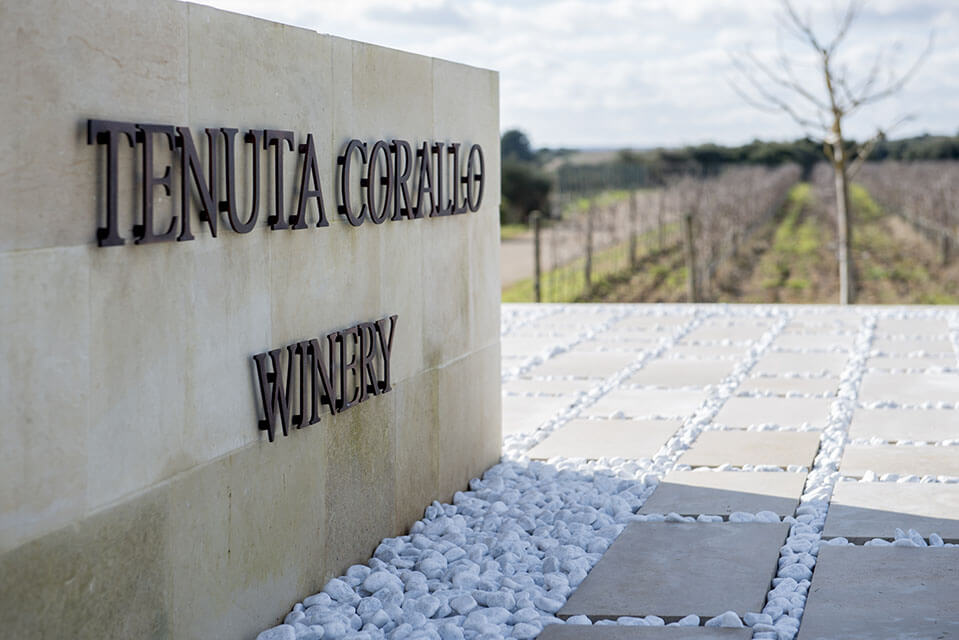 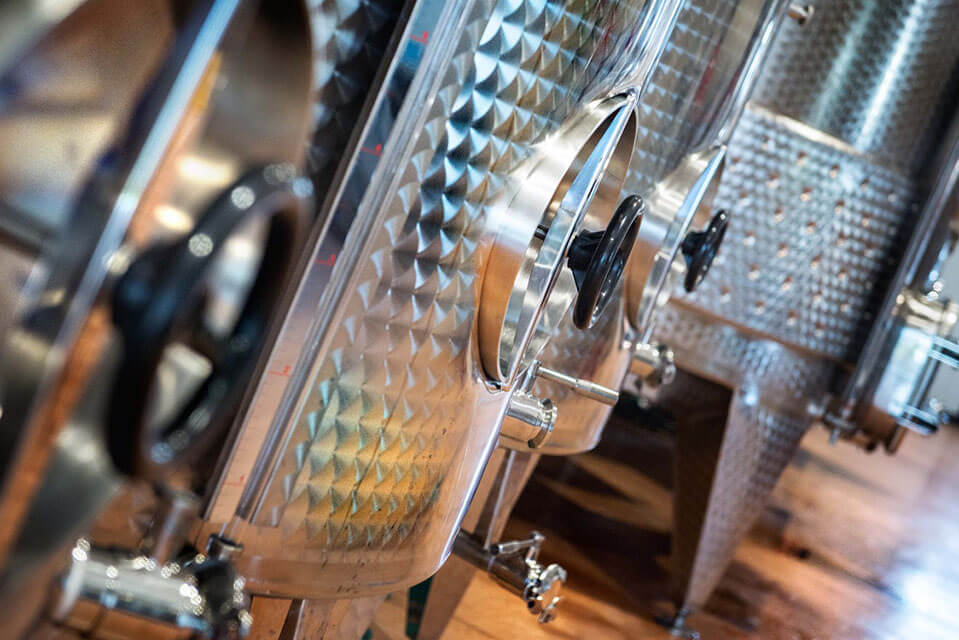 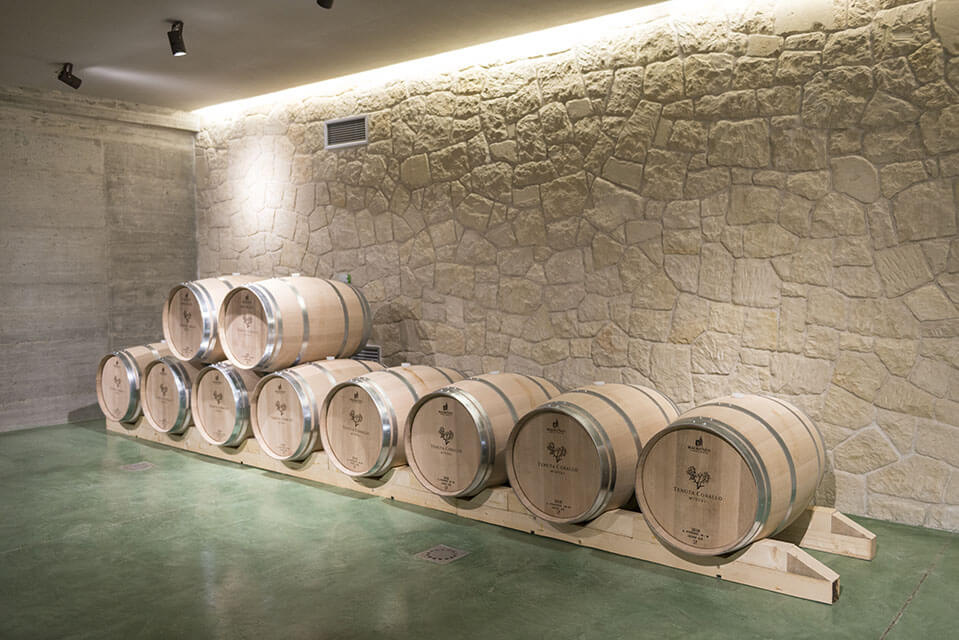 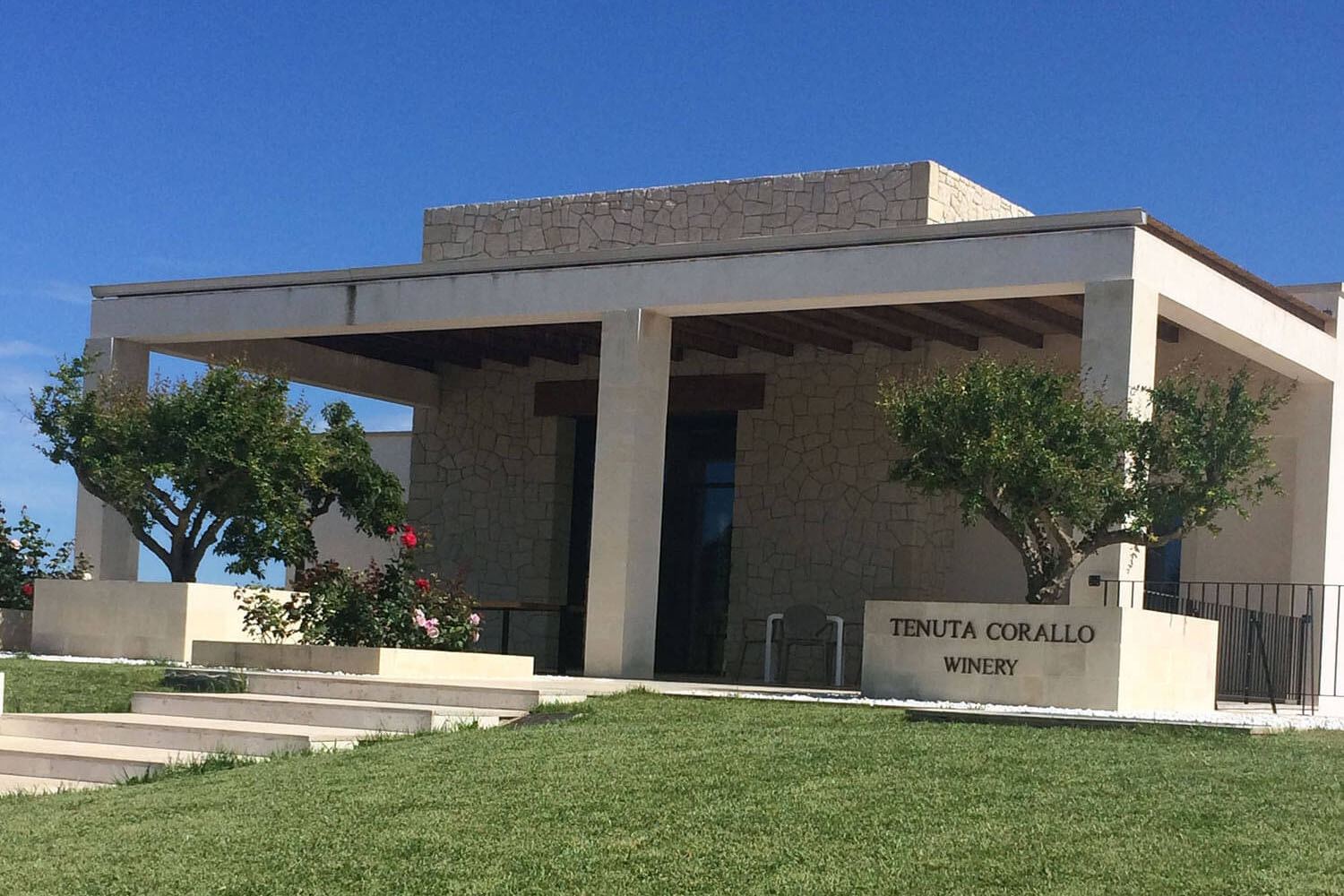 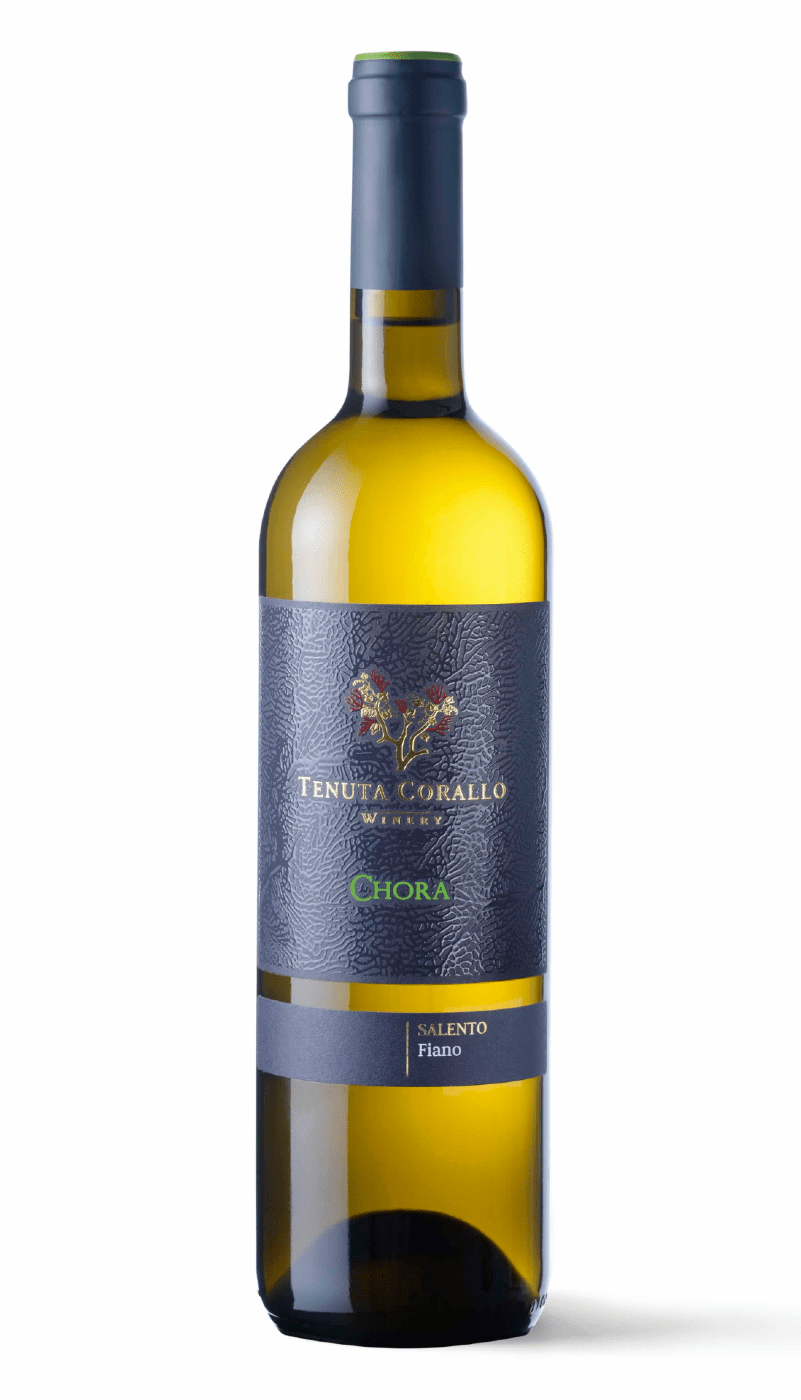 Fiano with the scents of the summer

Clear straw yellow with golden reflections. Floral aromas of acacia and mimosa and ripe fruit like peach, mango, pineapple with a grassy bottom in the finish. In the mouth it is dry, warm and soft, and the tasting spreads on the palate in the wake of a long, fresh-flavored trail. Vinification in steel. To combine with fish dishes, first courses such as risotto with seafood and soups, and main courses like fish and grilled white meat.

The colors and scents of passion for summer

Wonderful bright cerasuolo. Bouquet of wild strawberry mixed with cherry, alternating with menthol scent. On the palate the wine is warm and soft, supported in the sip by freshness and flavor coming from its closeness to the Adriatic Sea. In the end, the return of fruity tones gives Matrìa all the characteristics of an ideal wine for first and second dishes of fish. 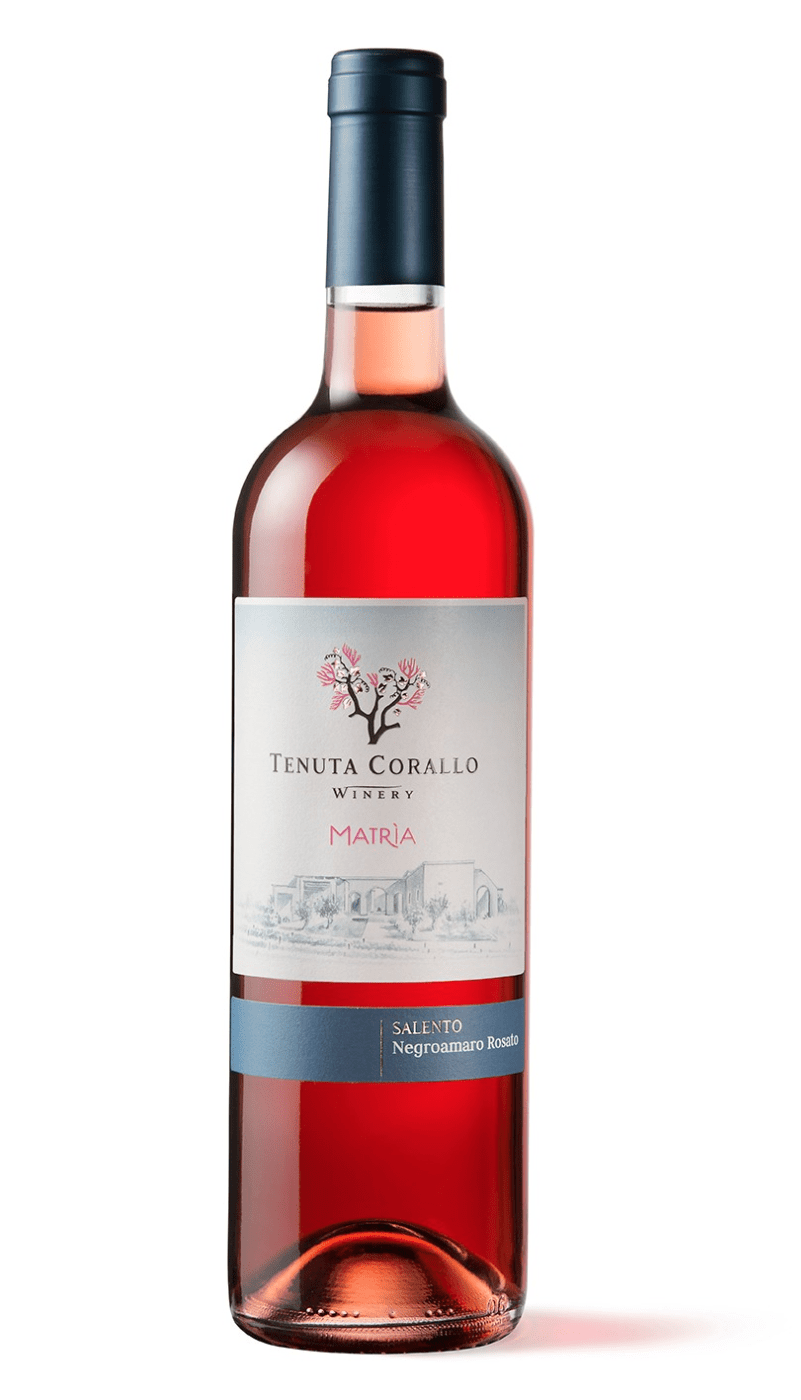 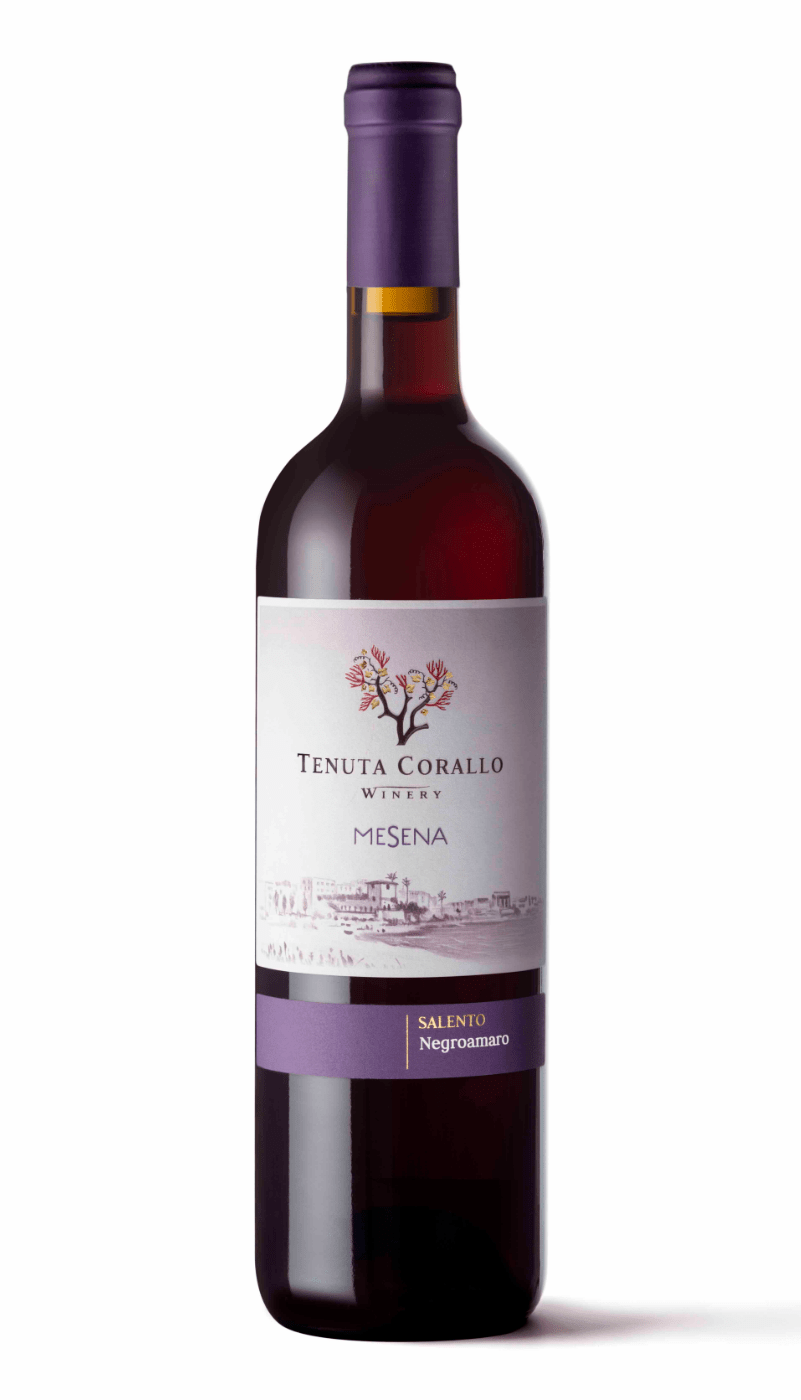 Splendid shine in the glass, garnet red, fairly consistent, quite intense and complex with fine quality. Aromas of rose and fruit like ripe cherry and plum, on notes of sweet spices, balsamic hints with a finish of ground coffee and vanilla. In the mouth the wine is dry, warm, soft, fairly fresh with a well-integrated tannin. It is best expressed with grilled meat and meat sauce.

The character and energy of the Primitivo of Salento 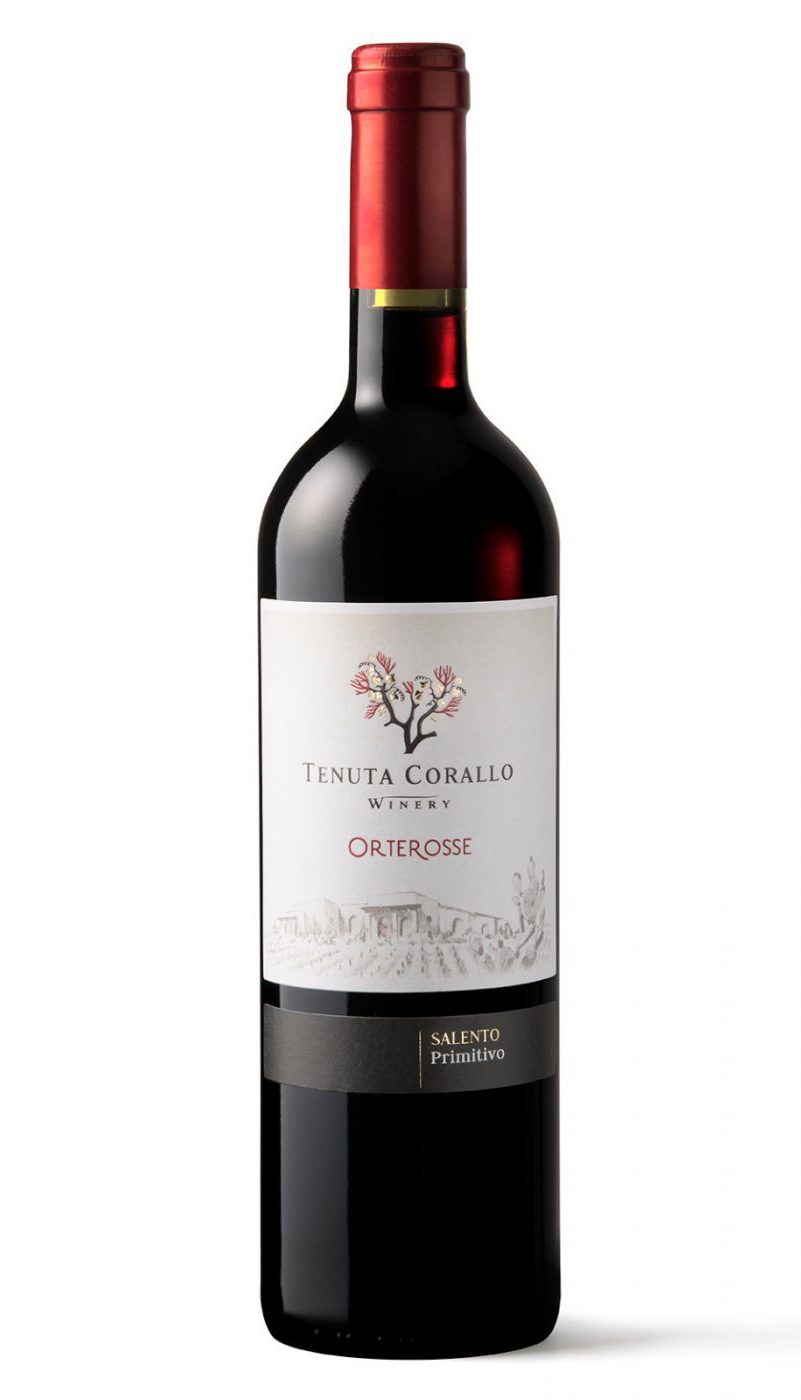 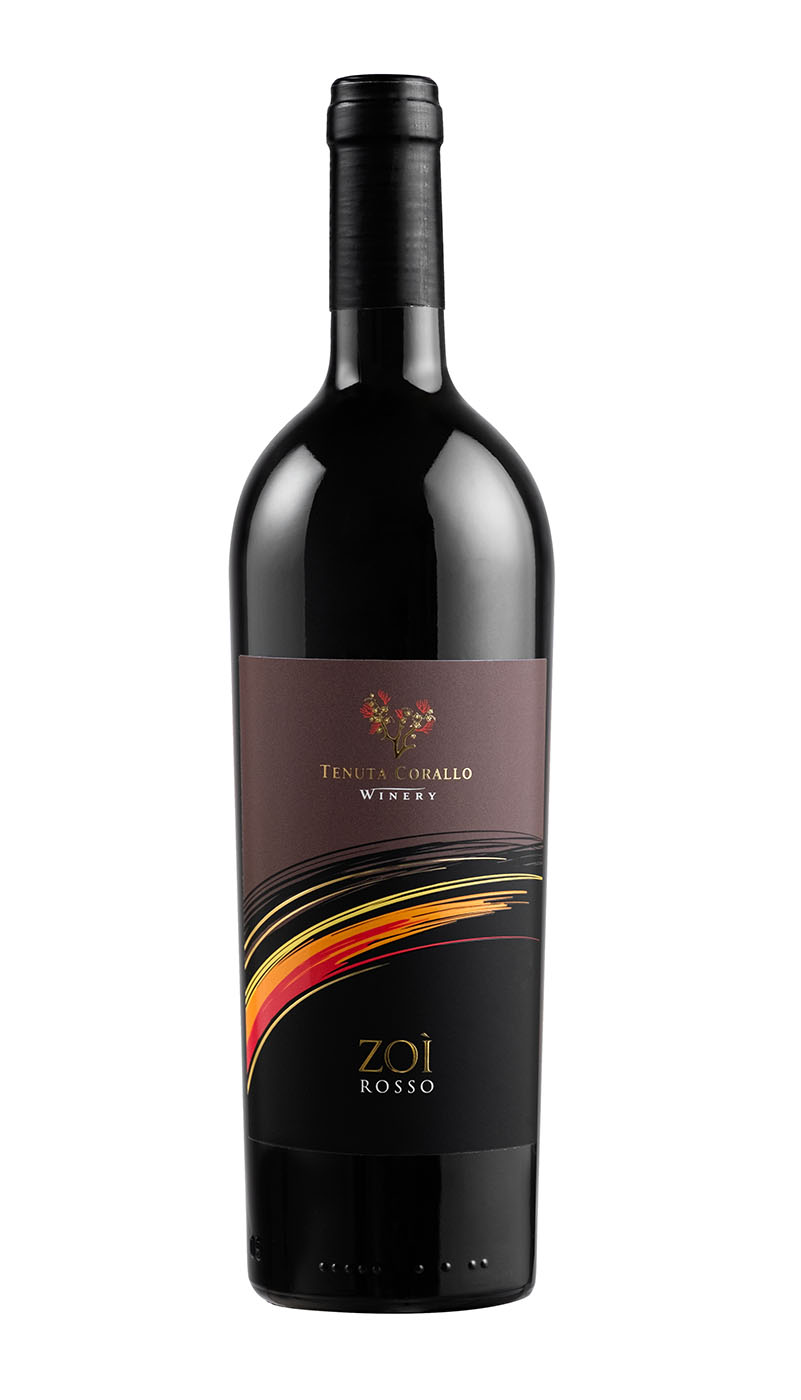 Primitivo and Negroamaro in a blend from Salento

Ruby red with violet reflections. Intense bouquet full of ripe red fruit, echoes of tobacco and cloves. Decisive and direct palate impact. Long finish. Well integrated but not intrusive tannin. It rests in oak barrels for at least 6 months. It manifests all its potential in combination with blue and / or aged cheeses, first courses with mushrooms and truffles, game ragout and red meat.

The elegance of flavours of Aleatico

Ruby red in color, it has a wide olfactory range, fruity hints of black cherry, cherry in alcohol, hints of sage and rosemary, with a balsamic finish, echoes of licorice. Full and enveloping taste. Soft and elegant wine of fine quality with excellent persistence. Excellent in combination with dark chocolate, tarts with berry jam or dry pastries. Also raccomended as a meditation wine. 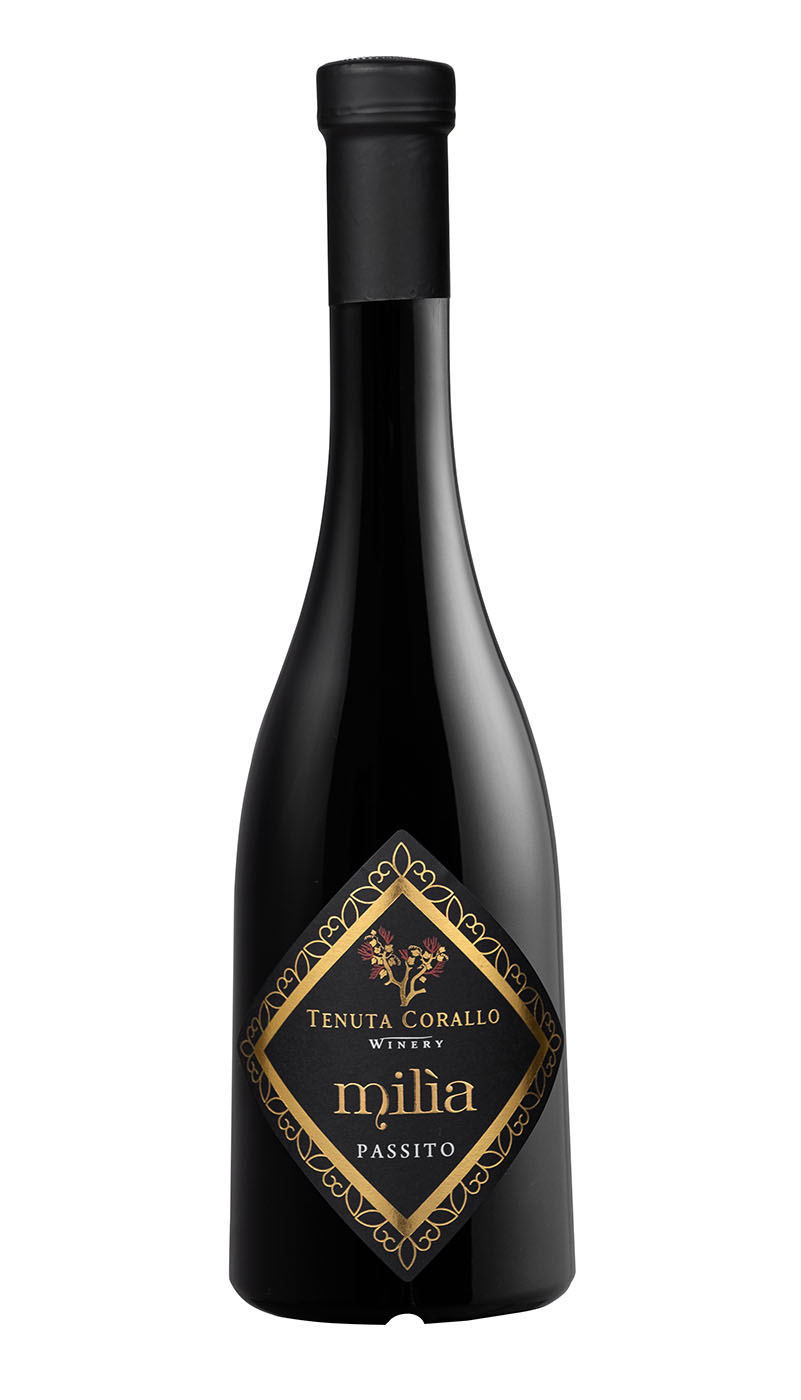 THE HOLD FROM ABOVE

In the video-interview directed to the oenologist Giuseppe Pizzolante Leuzzi, the evocative images taken with a drone on the vineyard, the winery and the wine resort of Tenuta Corallo overlooking the Adriatic Sea of Baia dei Turchi a few kilometers north of Otranto.

Today there are many wine connoisseurs or simple amateurs who want to live the experience of a tasting directly in the cellar or walking among the rows of vineyards. Tenuta Corallo offers guided tours and tastings of its wines in a unique and typical landscape and architectural context of Salento. 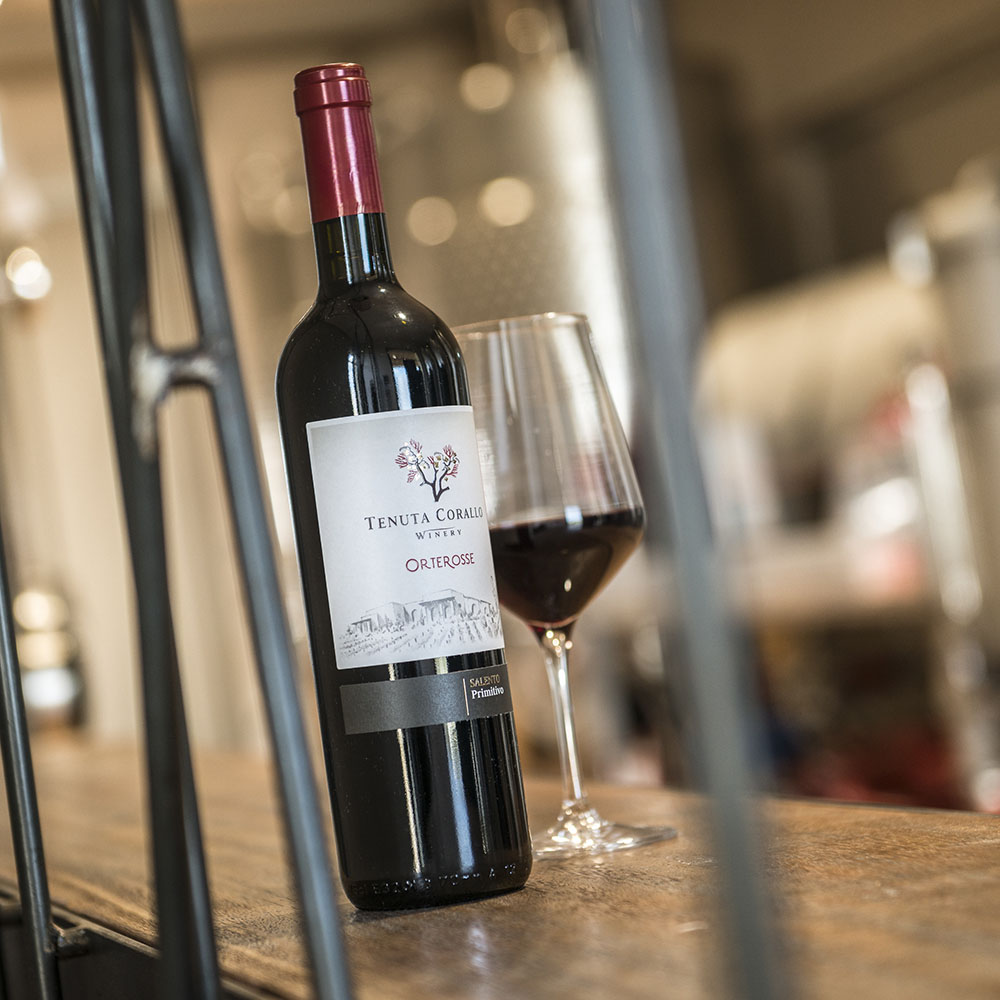 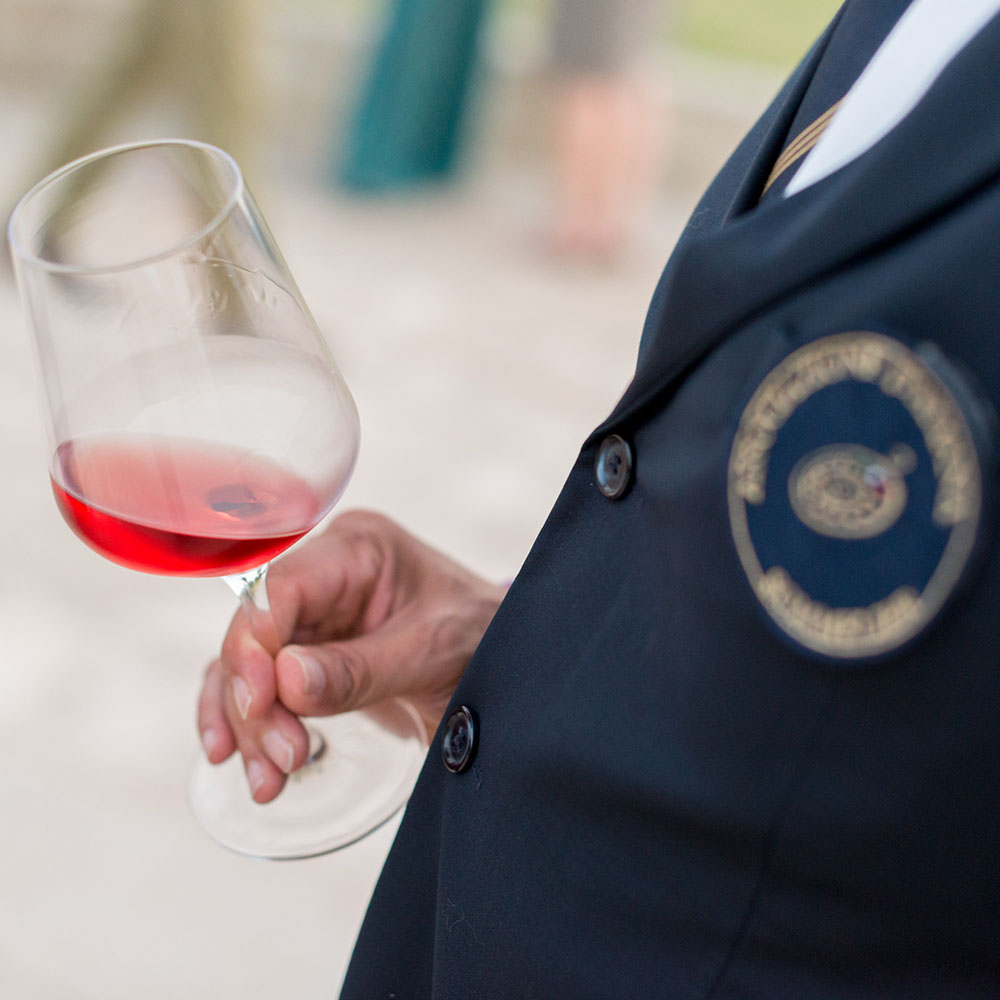 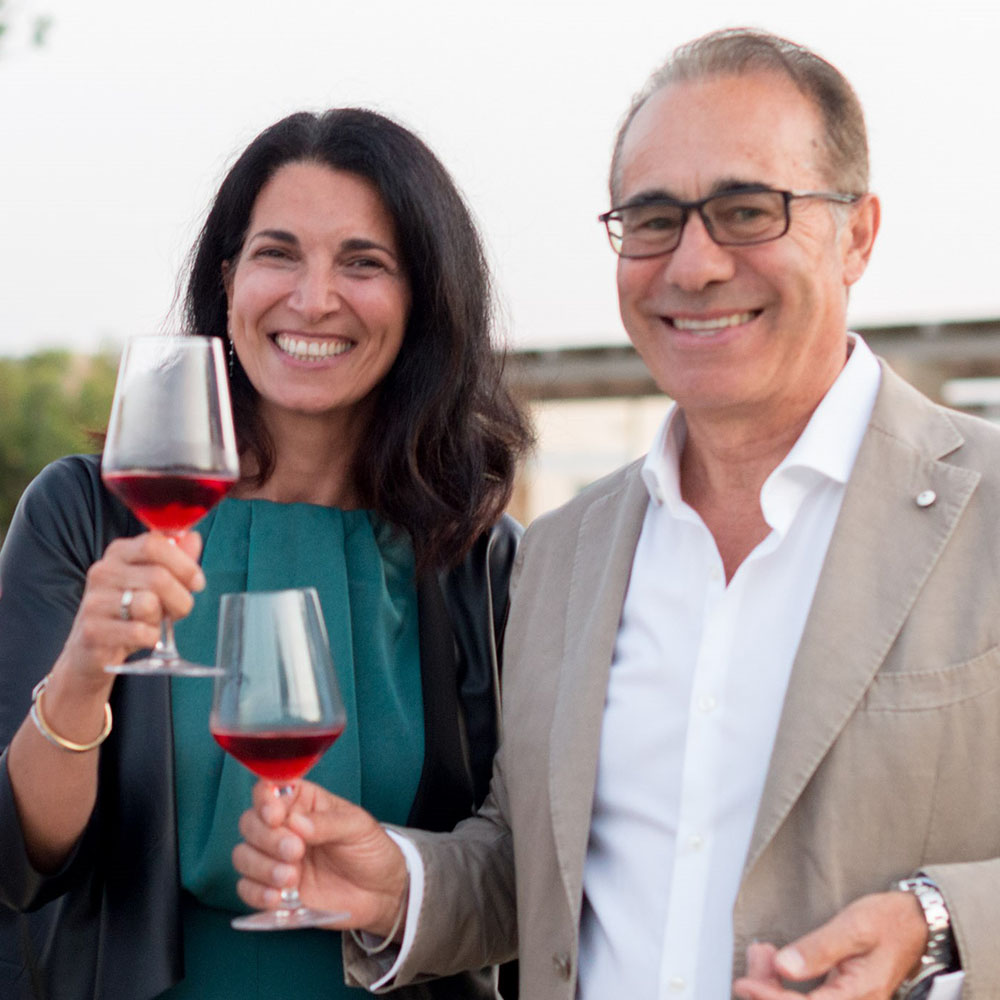 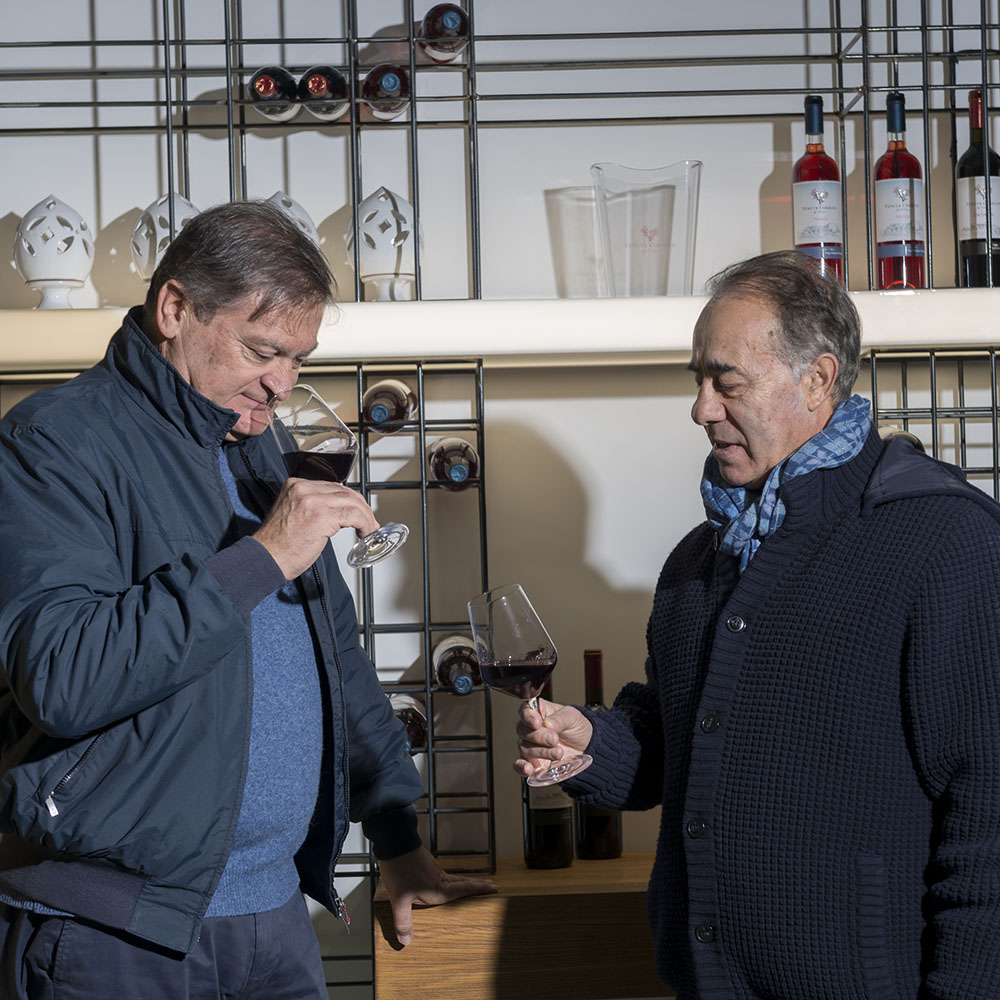